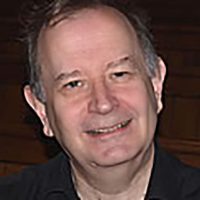 Jeff retired from his role as Director of Education for the Diocese of Chester in 2017 after 26 years.  Prior to that he was a teacher who came to faith through the ministry of a colleague and at a Guest Service in York led by David Watson. He became a leader of young people’s work in his local church and was admitted as a Reader in Wakefield Diocese in 1986.

Jeff is a Lay Canon of Chester Cathedral. He is also Pro-Chancellor and President of Council of the University of Chester.

Jeff and his wife Margaret have daughters and three grandsons and his greatest delight is to see people, young and old, learn about the Saviour of the world and come to faith in Him.